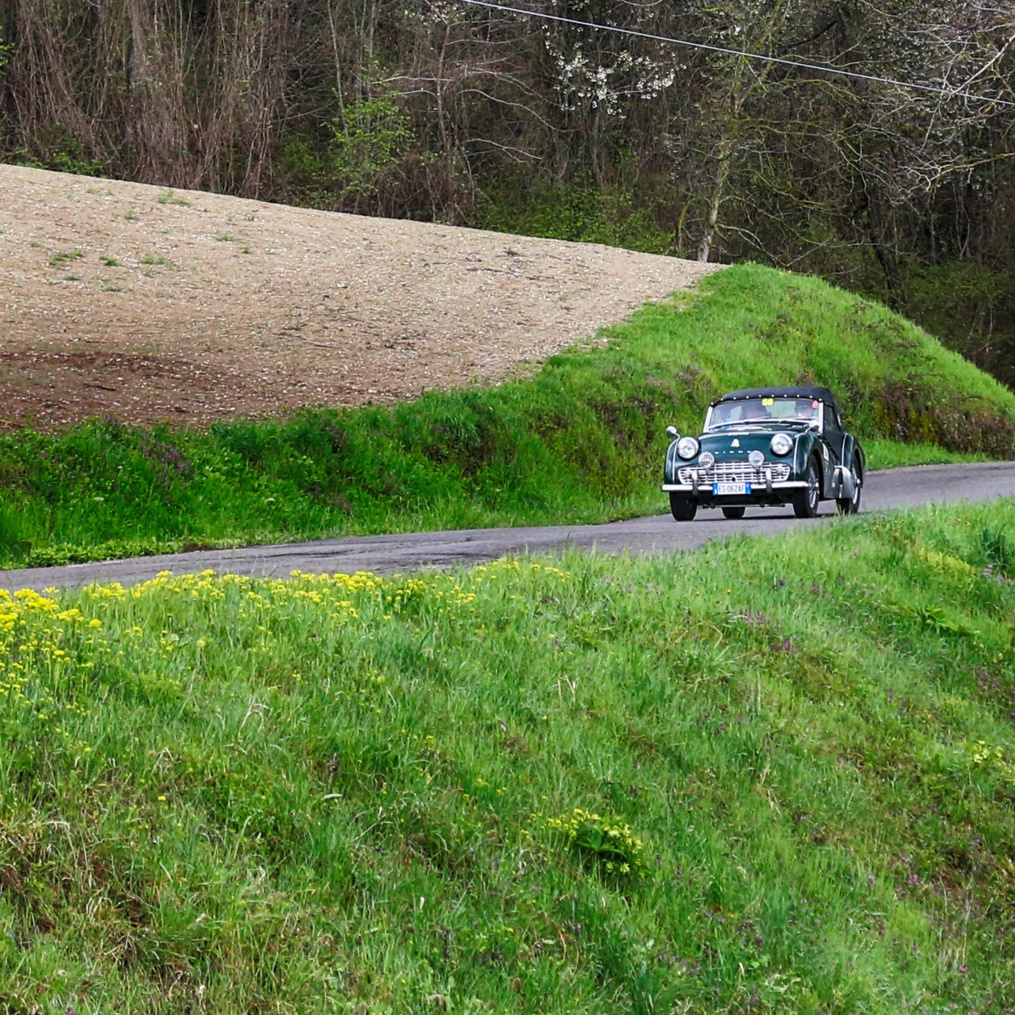 16th-19th April 2020: the Terre di Canossa is fast approaching and Canossa Events as decided to celebrate the last 10 years together by giving this, the 10th edition the theme of the Middle Ages, the period that best reflects the area’s glorious heritage.

It promises to be an edition packed with fascinating historic locations, a unique opportunity to explore Queen Matilda’s marvellous lands, and be enraptured by the enchanting medieval atmosphere permeating this area, travelling through ancient territories with an illustrious past, part of the kingdom ruled by the Grand Countess Matilda of Canossa, Queen of Italy in the 12th century.

On Thursday, after completing the administrative checks in Salsomaggiore Terme’s old town centre, the gala dinner will be held for the first time ever in the majestic setting of Tabiano Castle, built by the Pallavicino family in the 10th century. On Friday, after the trials on the racetrack at Varano, the competitors will cross the Apennine Mountains at the Cisa Pass and drive through Pontremoli town centre before stopping for lunch organised in the sumptuous rooms of Filattiera Castle.

The day then continues with the drive down towards the Mediterranean and the enchanting roads of the Cinque Terre, finally reaching the historic Naval Base at La Spezia, where the cars will park up alongside the fabulous ships of the Italian Navy.

The Gulf of Poets, celebrated by poets over the centuries, next awaits the crews in the shadow of Lerici Castle in the heart of this wonderful seaside village, before the day draws to a close in Bocca di Magra and then Forte dei Marmi.

Lucca will be the main focus on Saturday, with the exciting passage in the old town centre and the parade on the ancient city walls, a UNESCO heritage site normally closed to traffic and open for the magnificent classic cars taking part in two events alone: the Terre di Canossa and the Mille Miglia.

After beating the bends on Mount Serra, the cars will line up opposite Calci Charterhouse before they set off again on the roads making up the Montenero Circuit, scene of the epic road races between Nuvolari, Varzi and Moll. The itinerary also includes one of the most spectacular stretches of the Via Aurelia, made famous by Vittorio Gassman at the wheel of a Lancia Aurelia B24 in the classic movie Il Sorpasso.

There will be a little time to relax at Forte dei Marmi, the most beautiful beach in Versilia, ahead of the grand finale awaiting on Sunday: the crews will get back behind the wheel and drive through the lush green countryside of Garfagnana, taking on the challenging bends up to Passo delle Radici, and then down towards the chequered flag awaiting them outside ancient Rocca del Boiardo castle in the centre of Scandiano.

As always, a maximum of 100 cars will be able to take part in the event in order to uphold its superlative standards of hospitality, and its unique blend of lifestyle, beautiful scenery, the finest food and wine, and competition down to the hundredths of a second.

The itinerary of the race will cover a total distance of around 600 km, including 6 average speed trials and 71 tough timed trials.

And don’t forget, the Terre di Canossa is the only event of its kind that puts great attention on its impact on the environment. The organisers decided to adopt the CarbonZero protocol several years ago, requiring measures to be employed that can help reduce our impact on the environment, calculating the residual emissions of climate-altering gases, which are then compensated by planting trees in the Tuscan Emilian Apennine Mountains.

Don’t miss the opportunity to experience the excitement of this historic edition!

For more information click HERE or write to francesca.azzali@canossa.com